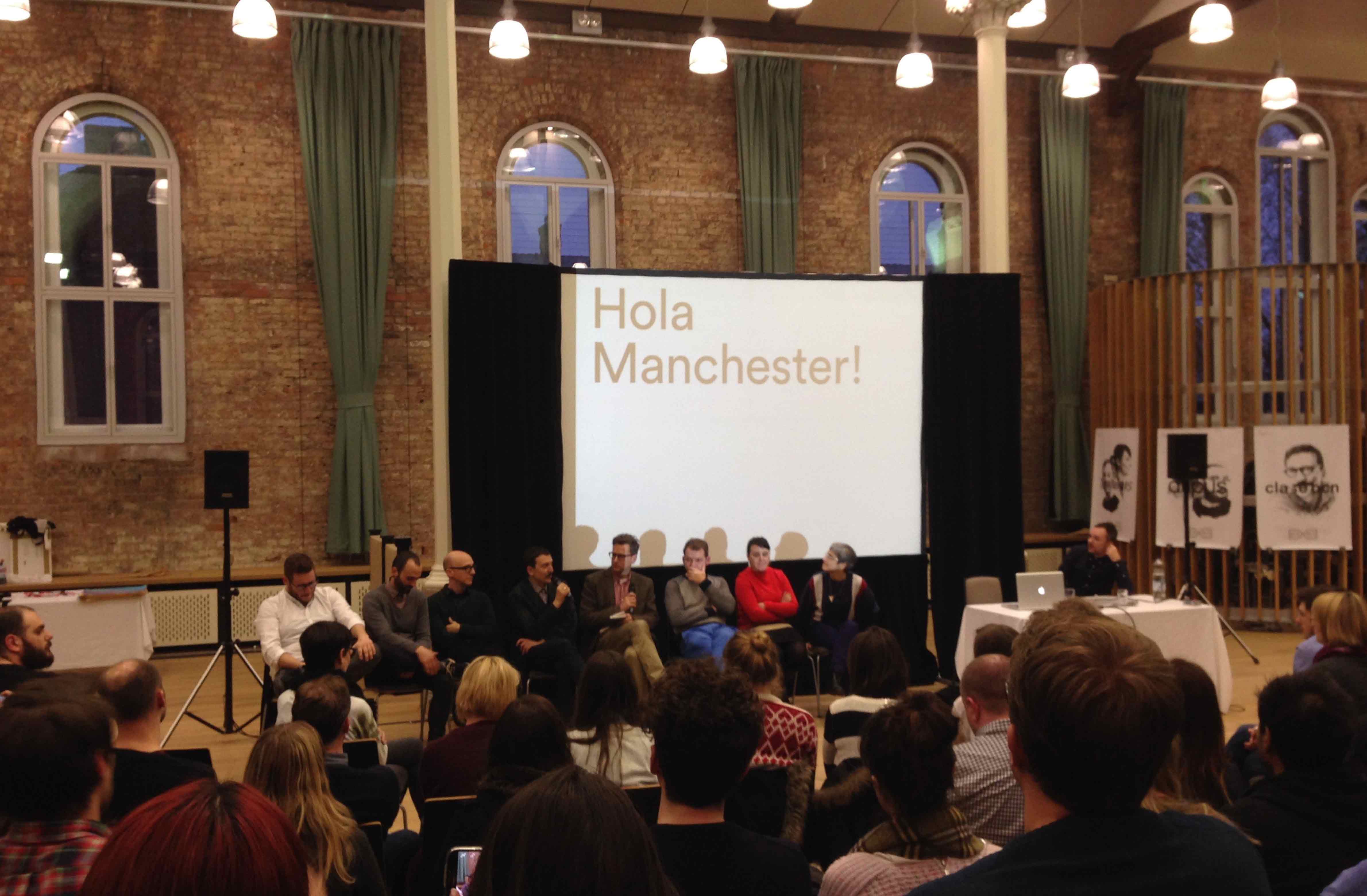 It’s always nice to get out from behind the Mac and delve into the real world of inspiration, where like-minded people join together to celebrate great design. Even better when it involves a little road trip to Manchester, meeting up with other designer friends from the days of Blackpool Art College, and enjoying a few beers along the way.

BCNMCR (That’s Barcelona / Manchester) is a show involving a series of inspirational talks by a collection of Barcelona design agencies held at the fantastic Hallé Orchestra rehearsal space, followed by an exhibition of their work at Manchester’s TwentyTwentyTwo venue. BCNMCR, now in it’s second year, is organised and curated by Dave Sedgwick, a designer in Manchester, whose idea it was to bring the two cities together through design and creativity. He says “Little did I realise the potential and interest it would gain. The first BCNMCR exhibition, in February 2013, was a success and the aim, like everything in life, is to better that in 2014”.

Each studio were asked to represent what Manchester and/or Barcelona means to them and create new artwork exclusively for this years show. The results, as Dave says “are as divergent and intriguing as they are a refection on the style and ethos behind the different agencies”.

The talks by 6 of the 11 Barcelona studios offered an insight into their working lives as designers, and covered such topics as their inspiration behind conceptual ideas, how and where they work (always nice to see!)and what design means to them. It was as fascinating as it was encouraging, as they shared their experiences of projects, budgets, clients, and problems both encountered and resolved. Quite reassuring to learn in some aspects, that no matter what part of the World you live, there’s a universal language that graphic designers understand!

Ending with an interesting Q&A session by Creative Review’s editor Patrick Burgoyne, a fab selection of goodies as a memento of the day and a course a few cheeky Estrellas (well, it would be rude not to) it’s fair to say BCNMRC was indeed a huge success – enjoyed by speakers and audience alike. Will definitely be returning again next year.

But for now, it’s back behind the screen in Wales, but have returned feeling revived, inspired and motivated... and have an overwhelming desire to visit Barcelona again very soon! Adios Amigos!

Find out more at www.bcnmcr.co.uk 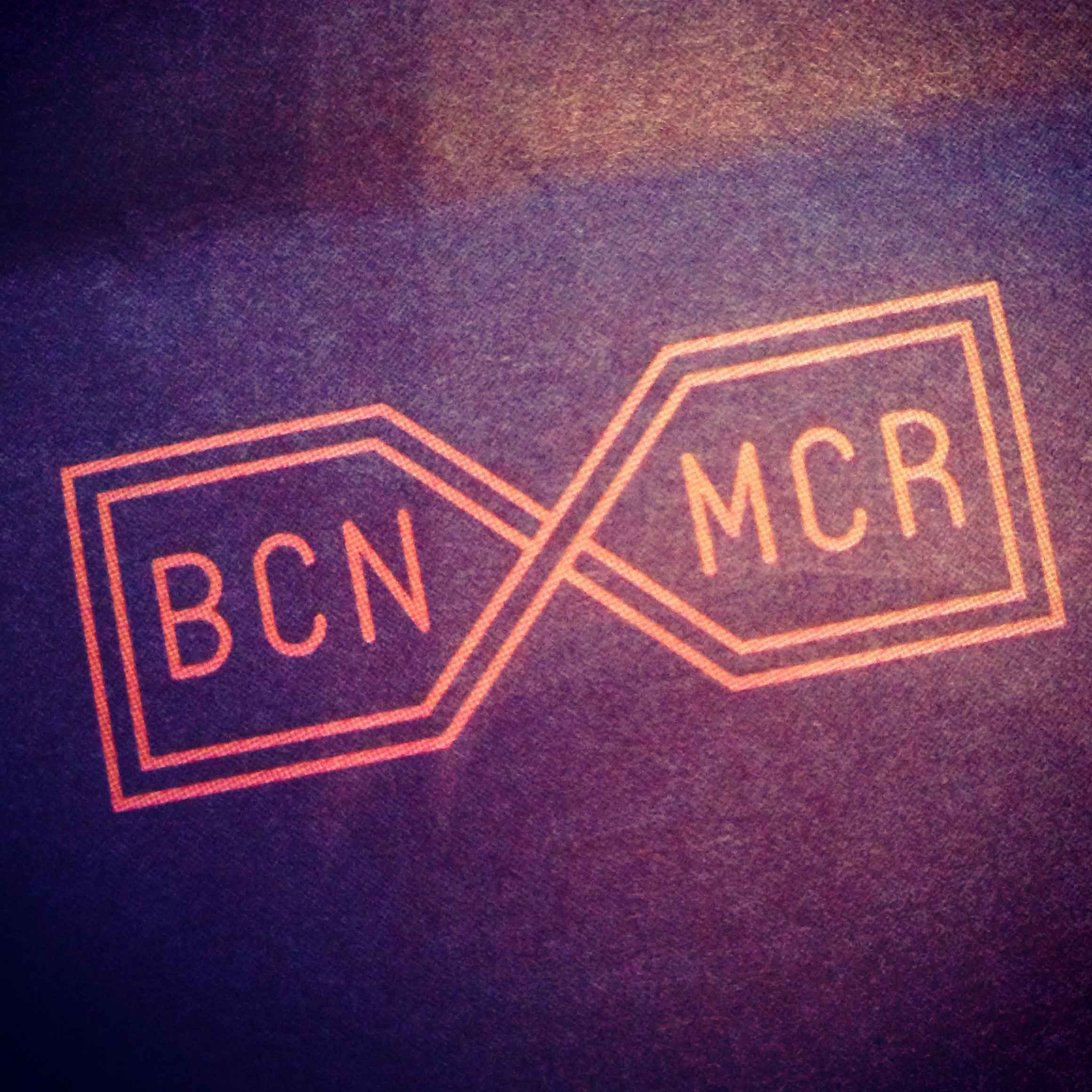 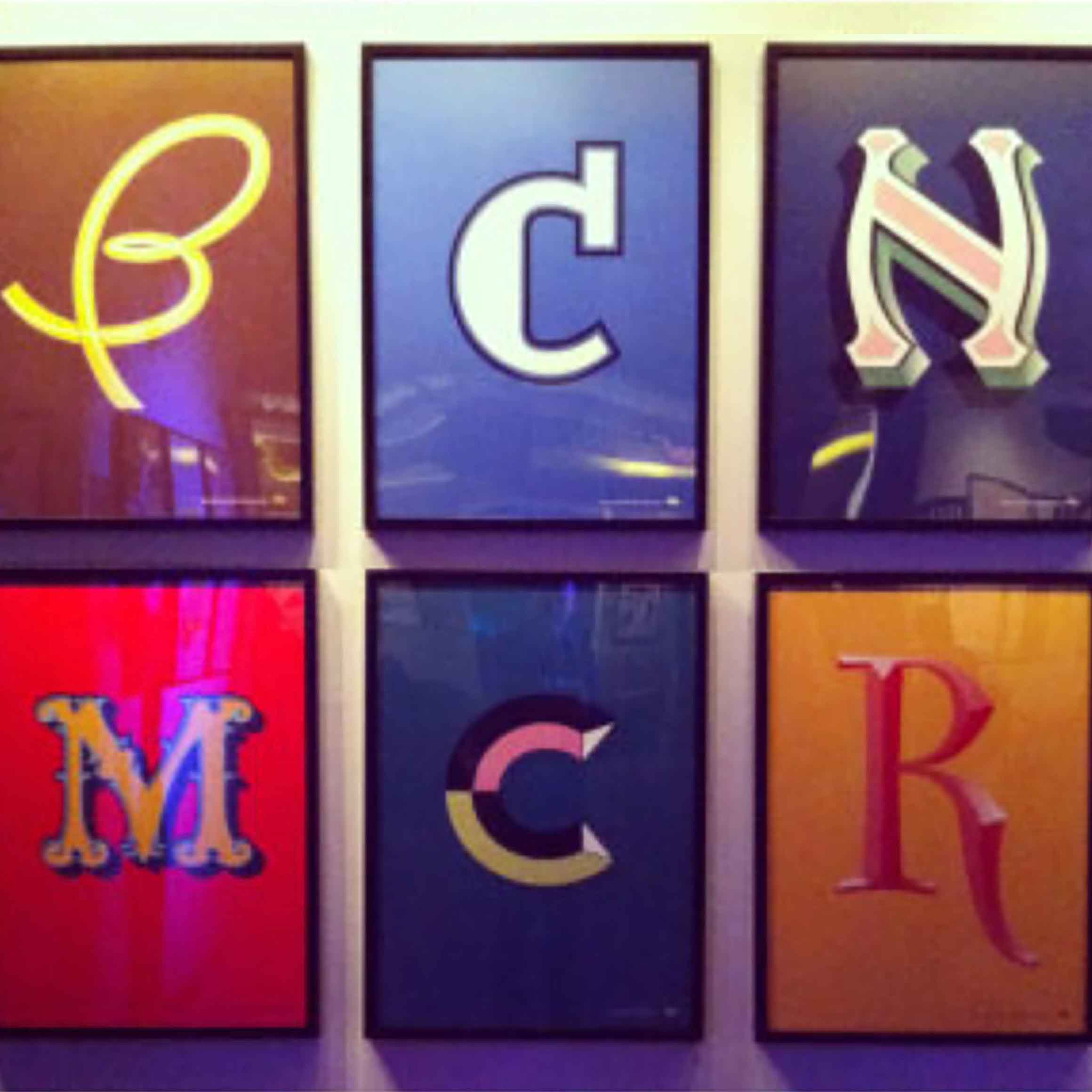 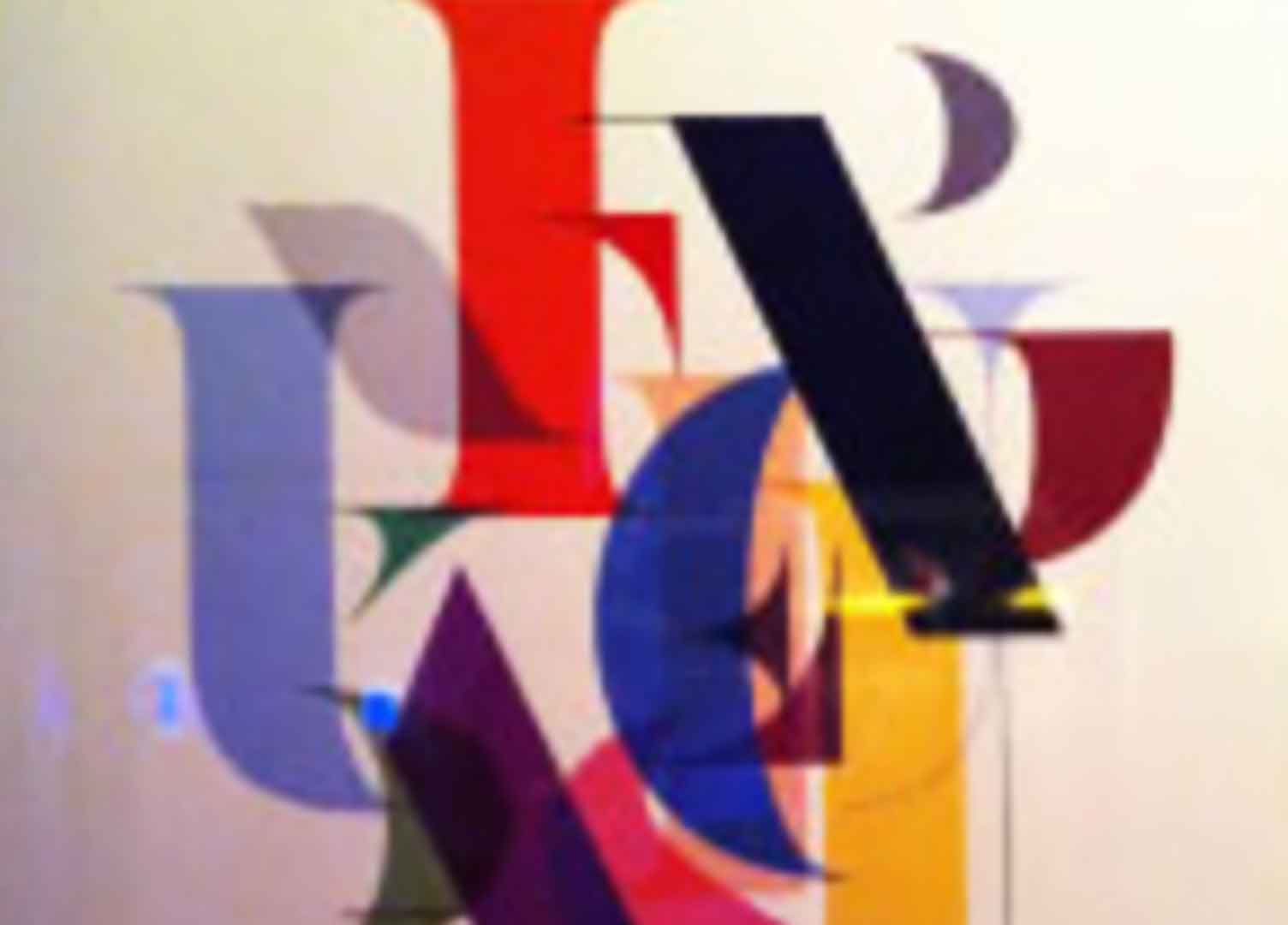 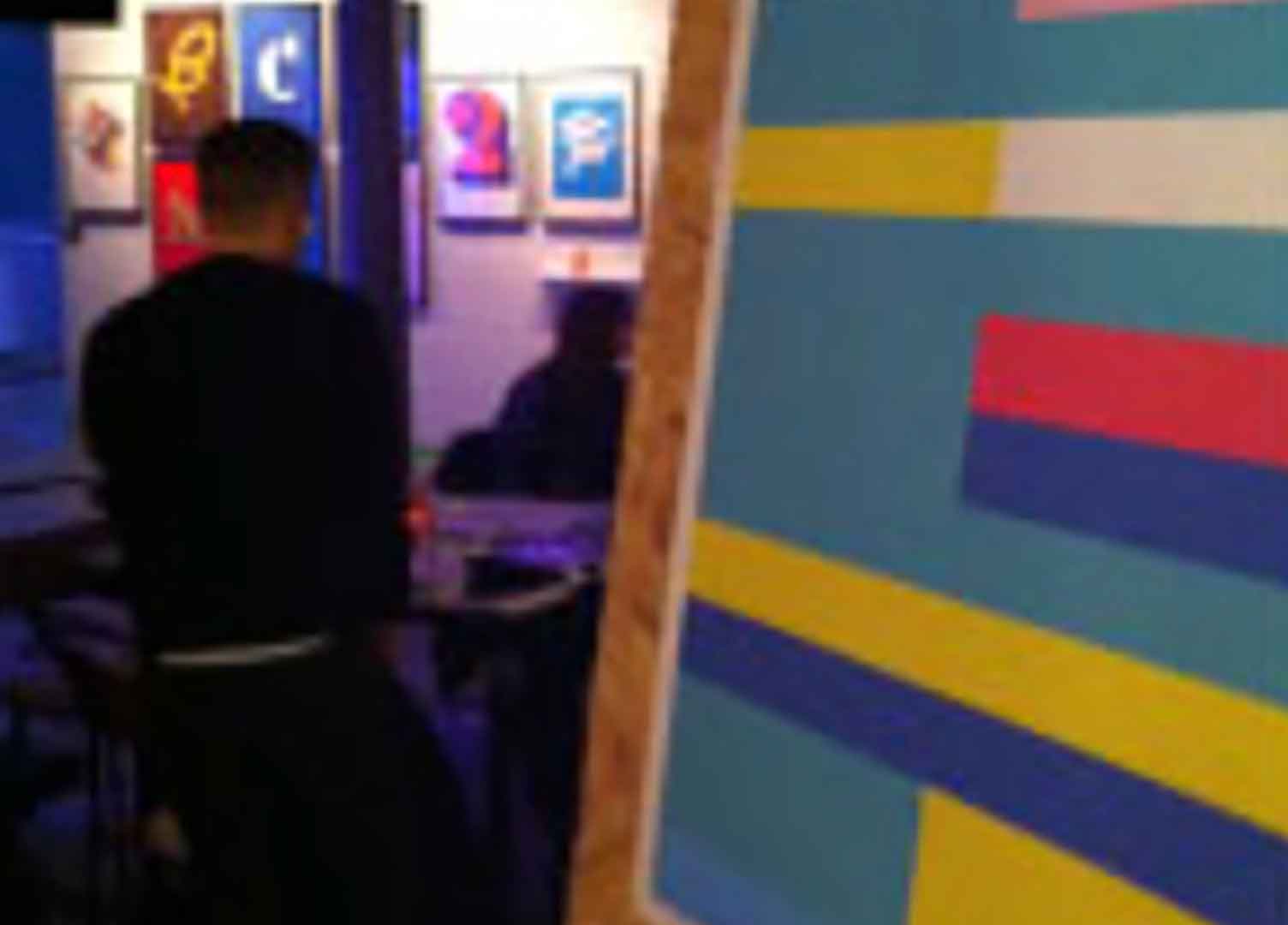 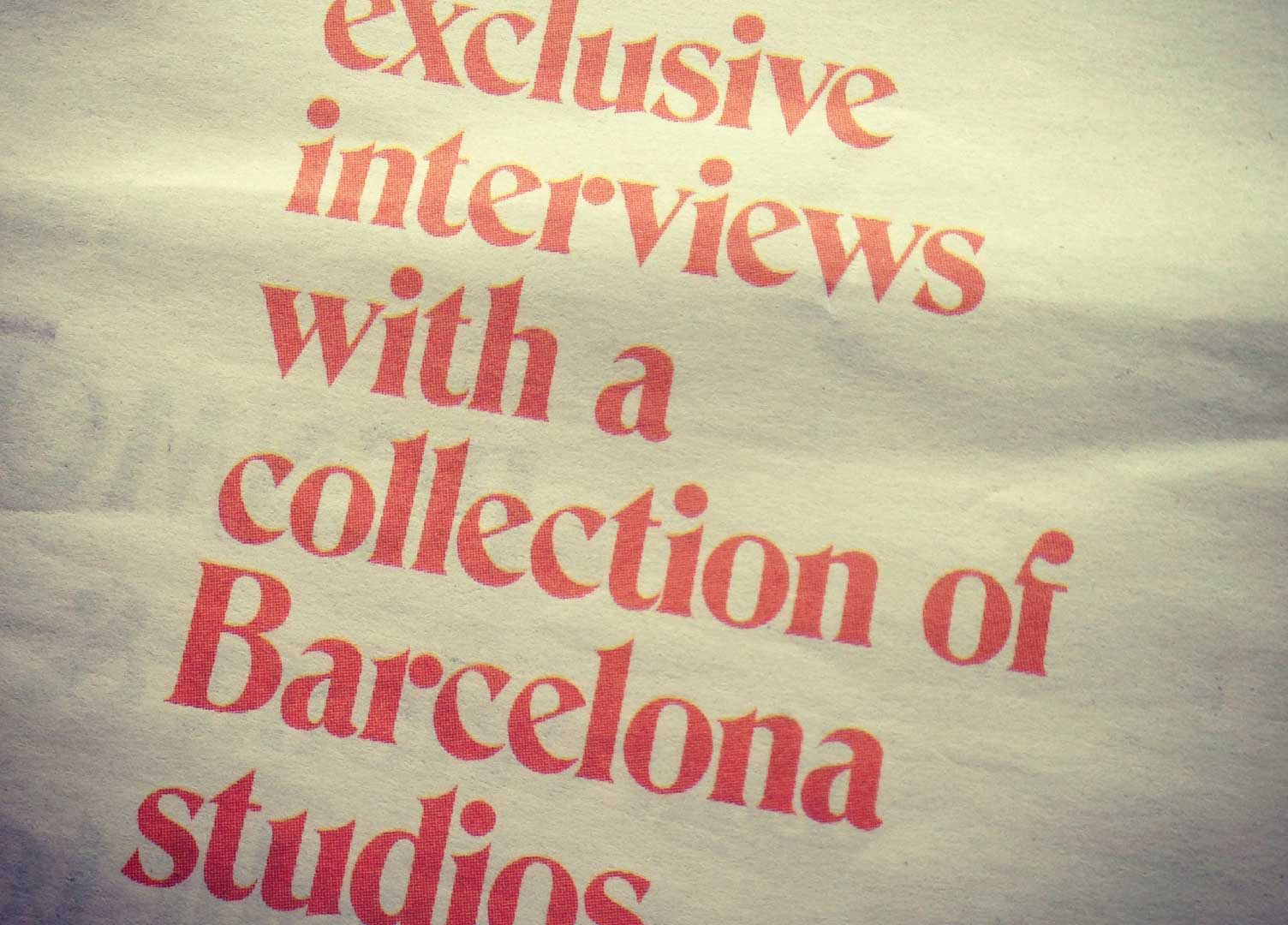 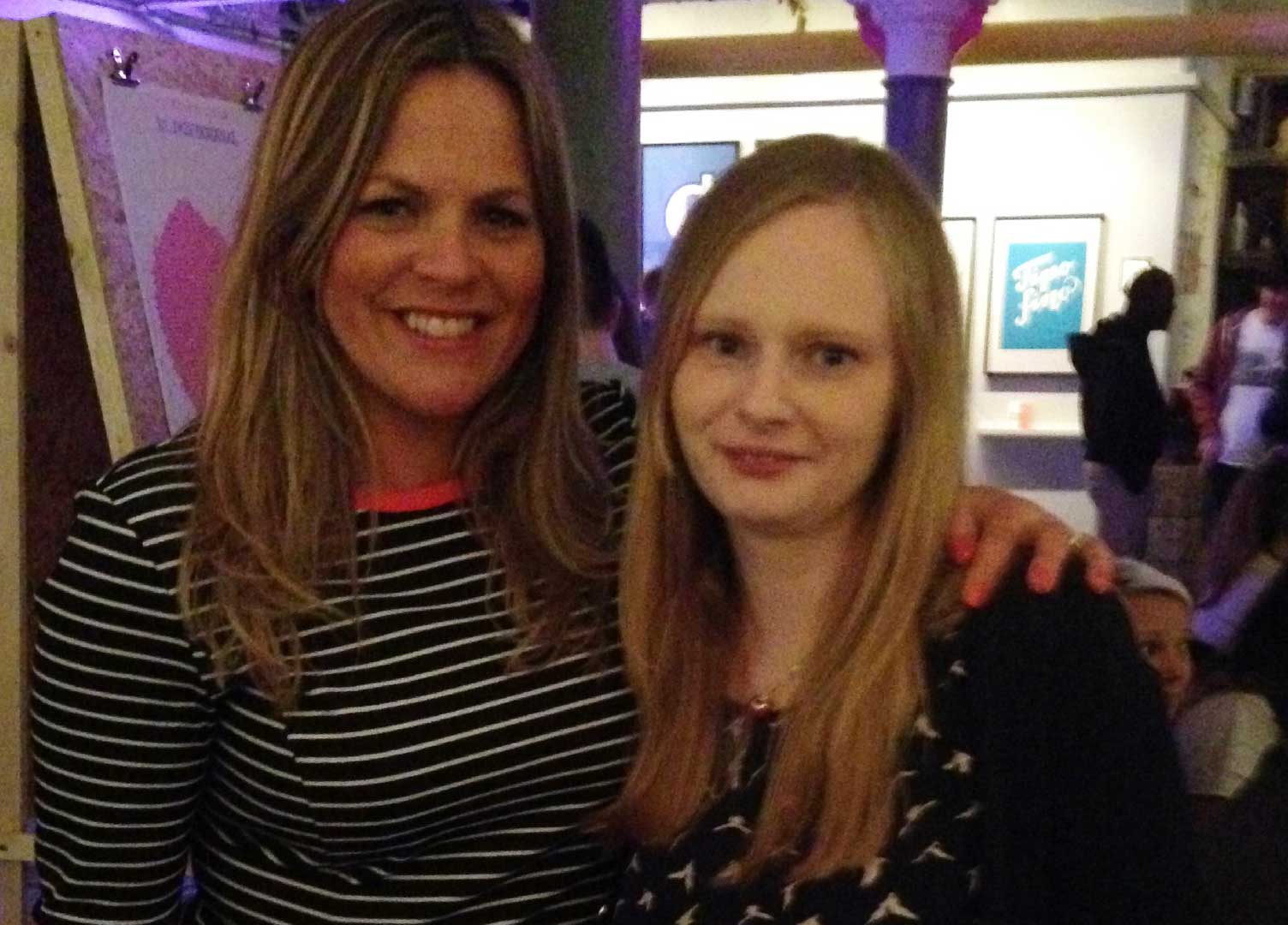