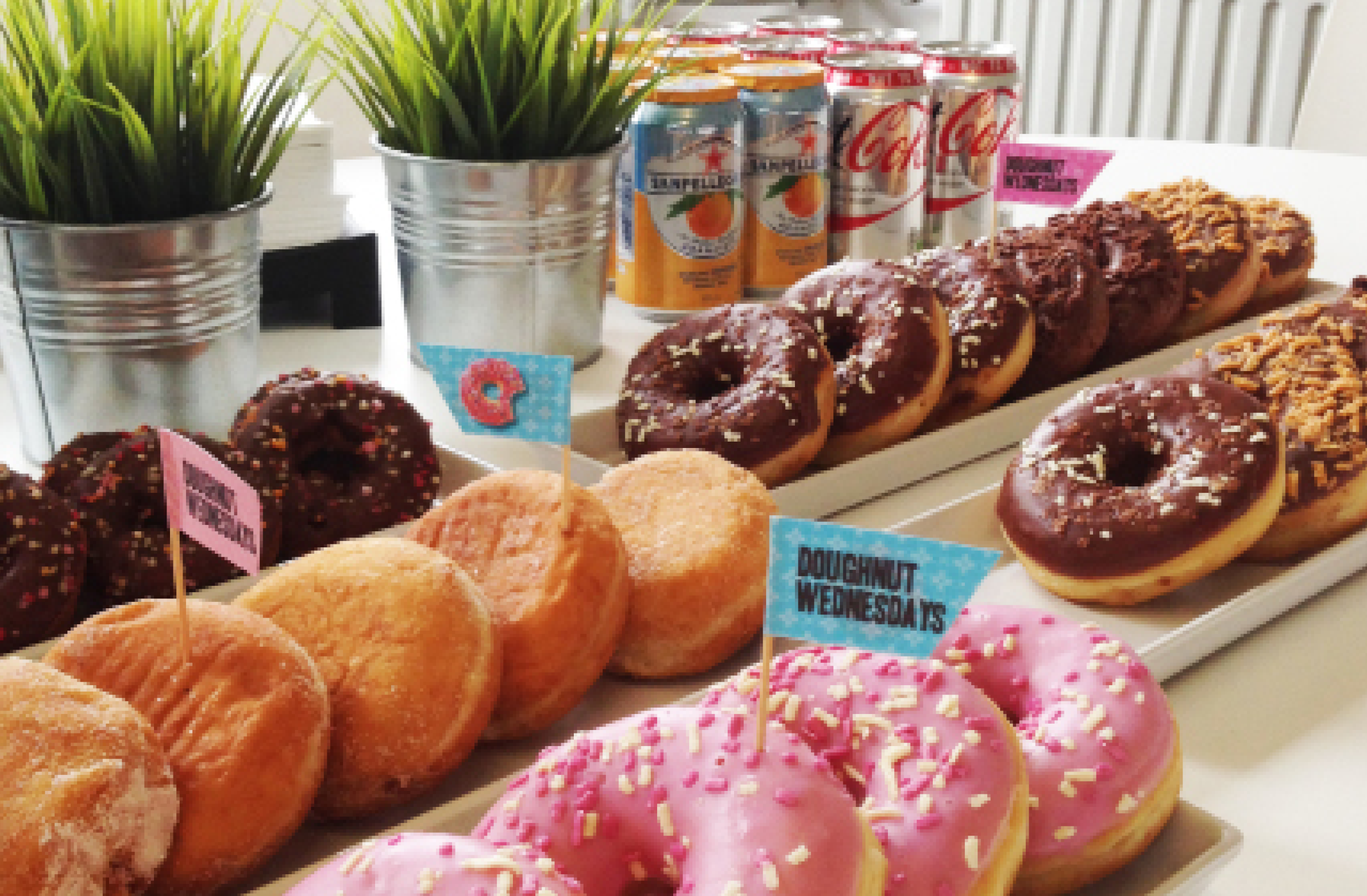 Doughnut Wednesdays at The Estates

There are so many sugary puns that this post could feature, but dough-nut get me started on those (badum tssss). For those that know us, you’ll know that we love doughnuts. Clients especially, will know that at all meetings held at Parade HQ come with ice cold Diet Coke, fresh coffee and a large, spectacular box of Krispy Kreme deliciousness. And it’s not just clients that have come to learn that whenever there’s a meeting, there’s a doughnut. It’s as if the sugary, sweet aroma seeps through the corridors of The Estates Office as (some of) the other tenants step out of their offices and into ours for the chance of being offered a sugary treat and a catch up.

And since we love that we have that affect on our neighbours we had an idea. What if we dedicated an hour to the first Wednesday of the month to doughnuts and catch ups? Named and applauded by the red-headed, high-spirited Fiona of Hutchings and Thomas, ‘Doughnut Wednesdays’ were born.

Open to all tenants and guests of The Estates Office, Doughnut Wednesdays offers the chance for us all to do a bit of informal networking whilst enjoying a coffee and a doughnut. Simple. And actually, we’ve got a building full of interesting people and businesses and every once in a while it’s nice to have a chin-wag with your neighbour over the garden fence, right?